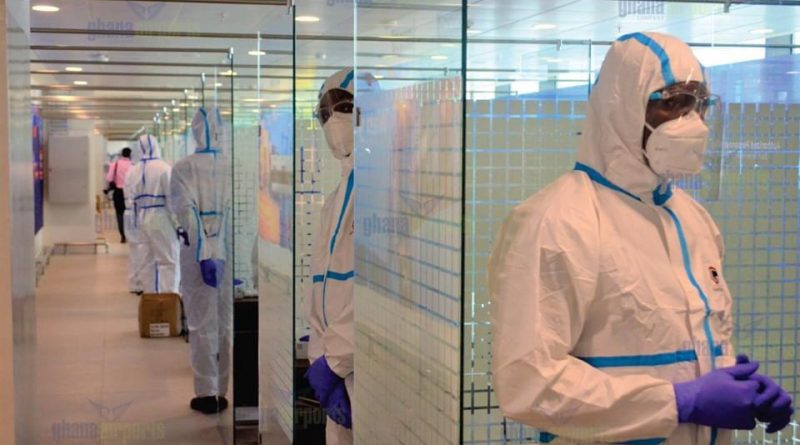 The Minority in Parliament has opined that Frontiers Healthcare Services making $16.2million from Covid-19 testing in four months, whereas Ghana earns $1.1million, which is evidence that the country has been ripped off in the arrangement.

Under the agreement, Frontier Health Services receives $140 from every test conducted while Ghana Airport Company’s share is 10 dollars. From September to December 2020, the total amount realized from the Covid-19 testing at the Kotoka International Airport was $17,359,500.

Responding to questions on the floor of Parliament, the Transport Minister, Kwaku Ofori Asiamah said, “Per the contractual agreement, Ghana Airport Company was supposed to receive $10 of royalty per test, and Frontier Health Service was to keep the rest as their service charge. And the total cost for one test was 150 dollars.

Speaking on Joy FM’s Top Story Thursday, the National Democratic Congress Member of Parliament for South Dayi, Rockson Dafeamekpor said the Minister’s explanations have exposed the rot contained in the agreement, “It’s a transaction that reveals an obscene thinking into signing this,” he noted.

He stressed that “You don’t enter into a transaction that gives about 85% of profit to an entity and you take 10% when indeed there are other state entities that were capable of offering the service. It means we’re simply throwing money away.”

According to Rockson Dafeamekpor, the government’s description of the paltry sum being received as royalties “is a misnomer.”

“Go and look for the meaning of royalty. It’s a misnomer but because somebody thinks that they must label it so to bamboozle all of us. They’re simply giving the service to someone who’s aligned with the government to run,” he said.

According to him, the Minister’s explanation leaves much to be desired and weakly tries to hide the unfavorable arrangement the government has with Frontier Health Services.

The South Dayi MP concluded, “so it tells you that the explanations they‘ve gone to put together that doesn’t explain the essence of the transaction. It’s a transaction that they have simply given away to a private person.”

Adjei-Mensah Korsah – Election violence: I’m putting up houses for families of some victims.