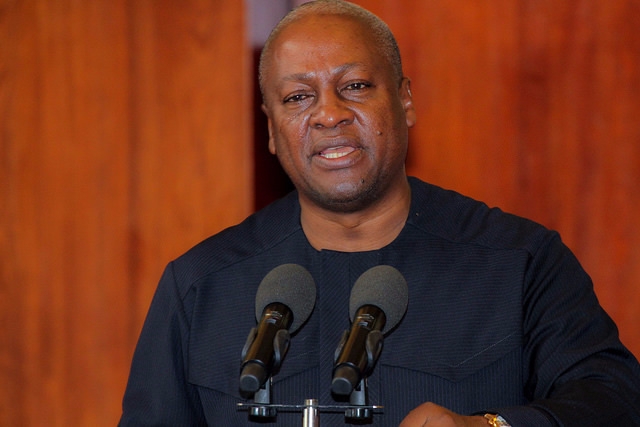 Former President John Dramanai Mahama has accepted the challenge thrown by the Electoral Commission (EC) to the police to investigate a claim he made to the effect that there was one million vote fraud in the 2020 elections done to favour President Nana Addo Dankwa Akufo-Addo.

“That is what I want, they said we should have an investigation, let’s have an investigation. But I don’t know if the police are the best to do that. I don’t know what the police are going to investigate. We want an independent inquiry or let’s go to ECOWAS. ECOWAS has an electoral body, let them come and investigate Ghana’s election of 2020. I will welcome it, I will testify. Under oath, I will swear an oath and testify. I won’t run away from the witness box,” Mr Mahama said.

Mr Mahama had accused the commission of thumb printing one million ballot papers in favour of President Nana Addo Dankwa Akufo-Addo in the 2020 presidential election.

He had alleged when he addressed the Divisional Chief of Prestea Himan, Nana Nteboah Prah, recently, as part of his Thank You tour of the Western Region that “More than one million extra ballot papers were printed, which the EC claimed happened by mistake but on the day of the elections, some of the more than one million extra ballot papers had already been secretly thumb-printed in favour of the NPP.”

The Presidential Candidate of the NDC in last year’s elections added “And, so, all these things dented the credibility of the polls and caused an embarrassment”,

“The former President has said the EC thumb-printed one million ballot papers for the President of the Republic. This is untrue; and it is a great matter that undermines the credibility of the electoral system and should not be ignored.”

But responding to him, Dr Bossman Asare said at a press conference that “We see that our silence on this matter has dire consequences on public confidence in the Commission, and we want the police to investigate it,” he stressed.