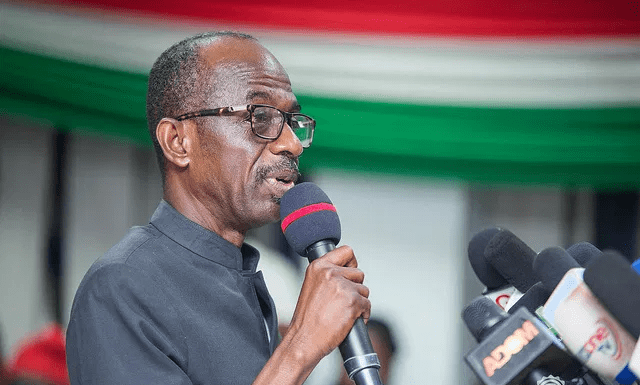 The National Democratic Congress (NDC) has indicated that it will conduct a second parliamentary primary in constituencies where elected parliamentary candidates become inactive after the first primary.

According to the leadership of the party, the move has become necessary following the inactive nature of some parliamentary candidates ahead of the 2020 elections in some constituencies.

Speaking at a press conference, Chairman of NDC, Johnson Asiedu Nketiah urged all parliamentary candidates to be active in their constituencies after the primaries.

“We will be monitoring all the candidates who are successful. At the end of December, we will do a review. There are some of the candidates who borrow money to come and win the ticket then they leave and nothing happens in the constituency. If you default in that one, we will cancel the primaries and re-run it”, he cautioned.

Per the timetable outlined by the party, interested individuals are expected to pick up nomination forms from the party’s website or its headquarters.

Aspirants are expected to pick up forms from the party’s head office from the 22nd to 24th of February.

The party’s doors will be opened for submission of forms from the 20th to 22nd March 2023.

However the party has stated that women and persons living with disabilities will pay 50% of all charges should they decide to pick up forms to contest.

Giving details at a press briefing in Accra, General Secretary of the NDC, Fifi Kwetey mentioned that the elections for both the presidential and parliamentary will be held in all constituencies.

The party also emphatically stated that SALL is not excluded from the elections.

So far, the names of three personalities — former President, John Dramani Mahama; a former Minister of Finance, Dr Kwabena Duffuor, and a former Metropolitan Chief Executive of Kumasi, Kojo Bonsu, have come up for the presidential contest.