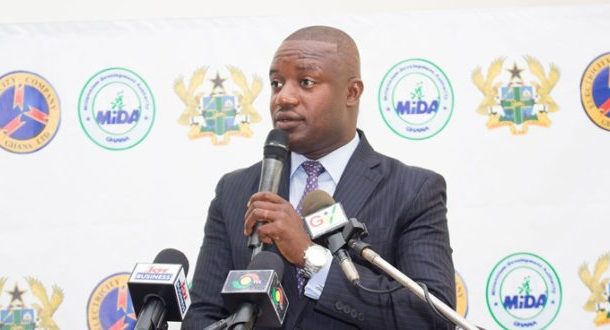 Mr. Jinapor says the move will instead worsen the government’s unsustainable debt burden.

According to the former Deputy Minister for Power, the gold being used for the deal ought to be valued in dollar terms as a function of currency as it is done for oil.

In an interview on Tuesday, January 17, Mr. Jinapor said the government should be cautious about the move.

“This is a lazy man’s approach, because gold, first of all, needs to be expressed in its monetary value.

“You can’t just say take an ounce of gold and give me a barrel of oil, as it used to be in the real barter that you are talking about.

“You must first of all, value that gold in dollar terms, and that is the function of currency or money,” he said.

The Yapei Kusawgu MP added that the deal with impact Ghana’s finances badly.

“I’m not a prophet of doom, but from all the documents I have read, we are heading for a debt crisis out of this so-called Gold for oil deal”.

Government took delivery of the first consignment of oil under the policy at the Tema Port on Monday, January 16.

The 40,000 metric tons of oil from the United Arab Emirates was subsequently discharged to Bulk Oil Storage and Transportation (BOST).

BOST will subsequently formulate plans for its distribution and sale to the Oil Marketing Companies.

The move is part of the government’s efforts to reduce fuel prices and reserve the country’s forex.