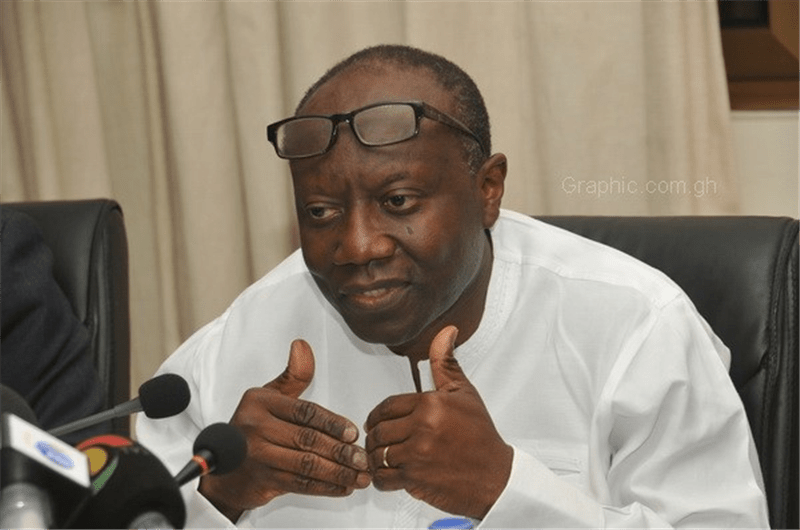 The embattled Minister of Finance, Ken Ofori-Atta, says he has not taken any money from the contingency fund for the construction of the National Cathedral contrary to what the Minority in Parliament is accusing him of.

The Minister of Finance disclosed this while responding to accusations by the proponent of the motion of censure against him that he has taken monies from the Contingency Fund for the Construction of the National Cathedral project without approval by Parliament.

“There is a difference between the contingency vault and contingency fund the proponents refer to. Contingent vault under Article 177 constitutes monies vaulted by Parliament and advance on this must be authorized by the Parliament finance committee,” he told the eight member Ad-hoc Committee hearing the Censure Motion against him.

He said no specific allocation in the 2014 budget for were made for Ghana’s participation in the FIFA World cup in Brazil.

“The cabinet of John Mahama in March 2014 then approved some $9.22 million dollars for that tournament in a private jet for the players.

“The more current example is Ghana’s participation in Qatar, the Black Stars qualify for the 2022 FIFA World Cup. We after the 2022 budget was presented on the 16 November 2021 was approved by parliament. A specific amount was vaulted for it (Black Stars) but through the contingency vault we have been able to provide funds for the team to participate in the competition,” Mr. Ofori-Atta stated.

He added that expenditure for the National Cathedral was from the contingent vault as has been the practice before his tenure.

Mr. Ofori-Atta further added that he is aware of the process in getting money from the contingent fund and he will not do the contrary.

Monies spent on National Cathedral so far below