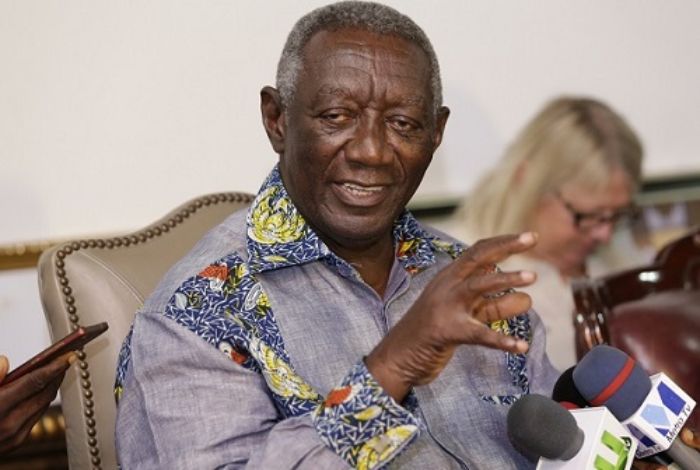 Former President John Agyekum Kufuor has denied reports that he invited the 98 New Patriotic Party (NPP) Members of Parliament who want the Finance Minister Ken Ofori-Atta sacked, for a meeting.

Mr Kufuor said in a statement that the reports indicating that he invited the lawmakers are not true and should be disregarded.

“We wish to bring to the attention of the general public that there is no truth in the said publication,” the statement signed by his Senior Aide and Spokesperson Dr Kwabena Osei Adubofour, said on Thursday November 17.

It added “The office of the former President vehemently detests the developing trend in the disinformation that mischievously seek to draw President Kufuor into issues that he has not commented on.”

The 98 NPP Members of Parliament calling for Mr Ofori-Atta’s removal are being led by Asante-Akim North MP Kwame Andy Appiah-Kubi.

They believe that Mr Ofori-Atta should be changed for a fresh hand to manage the economy.

The MP said they do not expect Mr Ofori-Atta to present the 2023 budget statement.

Ofori-Atta: I have never misreported data to Parliament