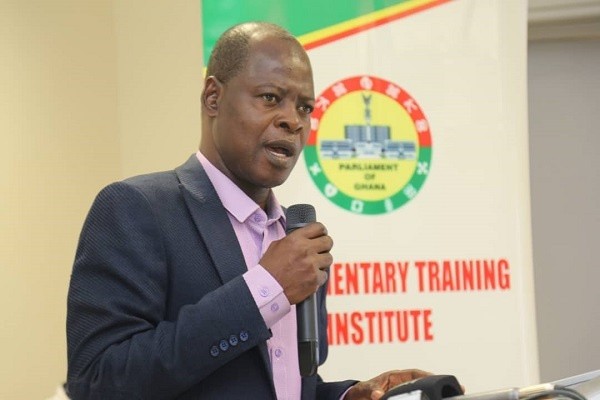 The chairman of the Civil Society Platform on Oil and Gas, Dr. Steve Manteaw has called for a further probe into the circumstances that led to an alleged diversion of $100 million of oil revenue that accrued to the State from petroleum lifting in the first quarter of 2022.

The Minority in October 2022 filed a motion of vote of censure against Finance Minister, Ken Ofori-Atta, and in a seven-point allegation for grounds for his removal, alleged that the payment of $100 million of Ghana’s oil funds into an offshore company which wasn’t reported to Parliament in the official documentation.

The whereabouts of the funds have become a bone of contention between the Minority Caucus, the Finance Minister and the Ghana National Petroleum Commission (GNPC).

But appearing before an 8-member ad-hoc committee set to probe the allegations against the Finance Minister, the Vice Chairman of the Public Interest Accountability Committee (PIAC), Nasir Alfa Mohammed confirmed that the said amount is nowhere to be found in GNPC accounts and added that efforts made toward retrieving the alleged funds have proven futile.

Expressing concern over procedural breaches, Dr. Manteaw said the framers of our laws anticipated situations such as this and came up with the Petroleum Holding Fund (PHF) to curb them, the reason the Fund is separated from the Consolidated Fund which is the repository of Ghana’s revenues.

The confirmation is in contravention of Section 15 of the Petroleum Revenue Management Act, 2011 (Act 815), as amended by Act 893 which instructs all revenues accruing to Ghana’s oil revenue to be deposited in the Petroleum Holding Fund (PHF).

Dr. Manteaw also alleged that interests accrued from Ghana’s 7 percent stake in the Jubilee and TEN oil fields which should have gone to GNPC are unaccounted for, and it is “not too clear because the Ministry of Finance came out to say the monies were paid to GNPC through a loan.”

“If that is the case, then one would want to see a loan agreement, but I doubt there is any such loan agreement, and so I would have expected that the Committee looking into the matter will look in that direction,” he stressed.

He went on to express his scepticism over why the Finance Ministry should assume the responsibility of granting loans to individuals and entities.

“The Ministry of Finance is not supposed to be in the business of granting loans, and it does not have authority over spending public resources, the entity that has authority to grant approval for the expenditure of public resources is Parliament.”

“There was capital gained tax that GRA should collect, PIAC checks indicate that GRA was not involved in the transaction and therefore, could not say or provide any information on the transaction,” he further alleged.

Ofori-Atta: I have never misreported data to Parliament

“I am truly sorry” – Ofori-Atta apologizes over economic challenges