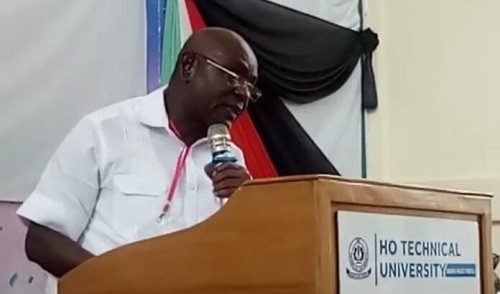 NDC will disintegrate if it loses Election 2024, says Adjaho

The former Speaker of Parliament, Edward Doe Adjaho, has said that the opposition National Democratic Congress (NDC) risks disintegrating if it fails to win the 2024 general election.

The NDC lost the presidential elections of 2016 and 2020 to President Nana Akufo-Addo after being in office for 8 years.

Speaking at the Volta regional delegates’ conference in Ho, Adjaho called on the party to remain united ahead of the 2024 general elections.

“Colleagues, I beg you, I beg you, we have to win the 2024 election otherwise NDC will be disintegrated,” he said. “Let’s sacrifice for this party for once.”

He added that the party must remain resolute, peaceful, united, and focused on securing victory since it would not be enough for NDC to rely on the current economic crisis to fuel their campaign for victory.

“It is not sufficient to guaran­tee the party victory in the 2024 general election so we should not be complacent as a party and the mid-term elections in the United States have taught us hardships alone, inflation and the economy cannot win an election,” Mr. Adja­ho warned.

The party is still reorganizing and arming itself ahead of the 2024 election. Internal elections to elect branch, constituency, and regional leadership has been successfully conducted with national leadership expected to be elected on Decemver 14, 2022.