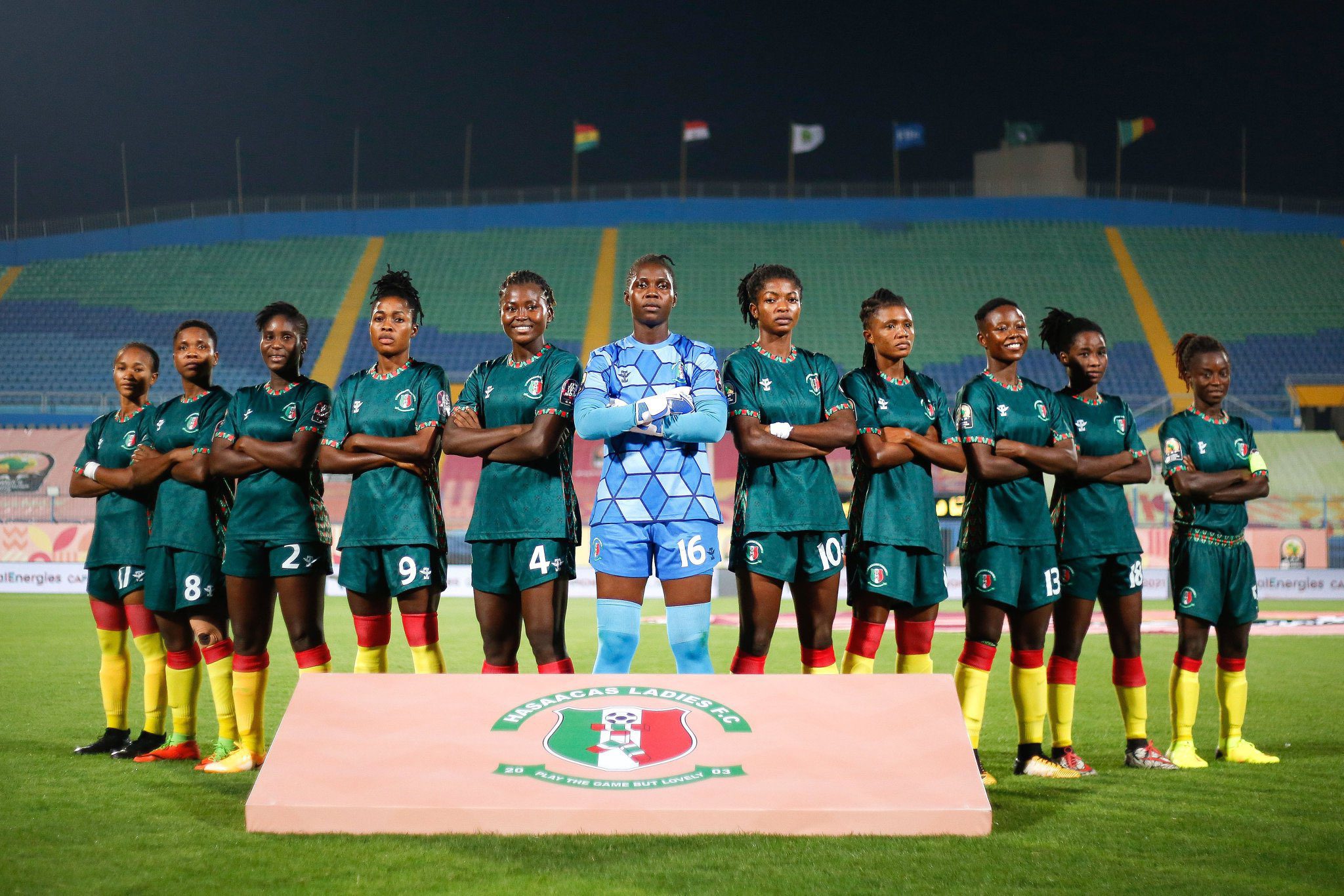 Women’s Premier League side, Hasaacas Ladies have called on the government of Ghana to support them in the payments of debts accrued during their CAF Women’s Champions League campaign.
The Hasmal Ladies have beaten the finalists of the maiden edition, in a run that saw them win over the hearts of many Ghanaians, playing a brand of football delectable to the eye.

However, what many of their newly-found fans and even the more traditional ones were unaware of, was the costs involved in leaving a mark on the continent. Evelyn Nsiah Asare, CEO of the club revealed to JoySports that the club’s financial fortunes have taken a massive hit after taking loans to fund the campaign.
“I think it’s a very good initiative by the GFA, and it helped us so much to prepare for the season itself. We are the reigning champions because we won the maiden edition,” Evelyn said before the second edition of the Women’s Super Cup.

“Ever since we participated in the CAF Women’s Champions League, we have never been the same. [We have moved] from one debt to the other, because we used so much money for the tournament and have still not received anything from the organizers,” she concluded.

With CAF’s refusal to make prize money payments and curtains raised on a new local season, Hasaacas say they are struggling to run, so have beseeched the government of Ghana to help pay off the debts.
“We spent so much, and in our last [CWCL] game, one of our players got injured and from that time up till now, she’s still not back to the field. In Accra alone, we spent almost GHc150,000 before going to Egypt.
“I am making a call to the president because I know when Kotoko was traveling last year, Mr. President gave them money and also when Hearts was going.

“The most interesting thing is that Kotoko and Hearts have been going, and they don’t bring anything, [but] we went and were second. So I am even thinking the president will ask the minister to call us and have a meeting with us so that at least some of our debts will be paid. When we were playing the game, it wasn’t the Hasaacas anthem that was played, it was the national anthem,” she said to JoySports.

Hasaacas Ladies have also expressed disappointment with the state’s support for their campaign, drawing parallels with the support offered to Ghana’s representatives at the men’s tournaments.

“We are all playing 90minutes, so why is it that when Kotoko and Hearts are playing Champions League, we are speaking of hundreds and thousands of dollars? But when Hasaacas were going to Egypt, we got only $20,000 from the ministry. I don’t understand, we all play for 90 minutes. Women’s football is not different from men’s football, it is the same flight we all board and the same tickets we all pay for.”