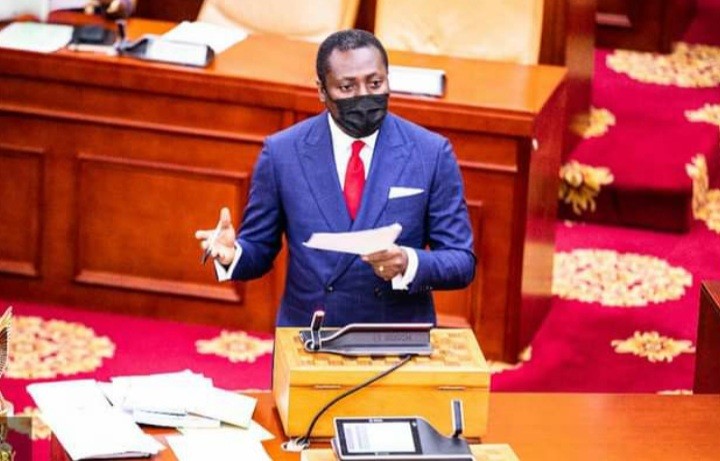 The Deputy Majority Leader, Alexander Afenyo Markin, is accusing the Minority in Parliament of yielding to influences from the National Democratic Congress (NDC) not to cooperate with them in Parliament.

According to him, the Minority were effectively working with the Majority in Parliament, but have in recent times given into partisanship relating to the work of the House.

He said the difficulties of the House in working smoothly, in terms of getting certain agreements passed and coming to a consensus on various issues including the controversial E-levy, has been difficult due to the situation.

“I would say that insisting on partisan position has affected our work. Our friends [Minority] did so well when we were doing the vetting. They were very cooperative, except that on E-levy, the forces that are bigger than them has made it virtually impossible for us to proceed,” he said.

According to him, public statements by the Minority Leader, Haruna Iddrisu about the caucus’ readiness to accept the E-levy if the 1.75% rate was reduced was as a result of various meetings with the majority which was welcoming news to them, however, Mr. Iddrisu later changed his mind to stand in total rejection of the E-levy bill.

He said the government and the Majority caucus are actively engaging the Minority on the passage of the E-levy and other key decisions that government needs parliamentary approval for to enable to effectively govern.

“The reason why we have still not proceeded [with E-levy] and we are still engaging simply tells you that we believe that there must be some consensus. The 1.5% reduction was not accidental, [it was after consensus]. If we don’t appreciate that we need to have consensus, we wouldn’t have engaged them,” he stressed.

The Effutu legislator said the government and the majority are making some progress in getting the Minority’s buy-in to getting some parliamentary approvals for key measures it is putting in place to revive the economy, and he is optimistic that that will be concluded soon.

“We have been engaging, and the engagements appear positive, and I believe that if the way we are going, we are able to proceed on that path, we will be able to go through with this,” he said while adding that the government is ready to put itself up to be accountable for any project or bill that is approved including the E-on the levy.