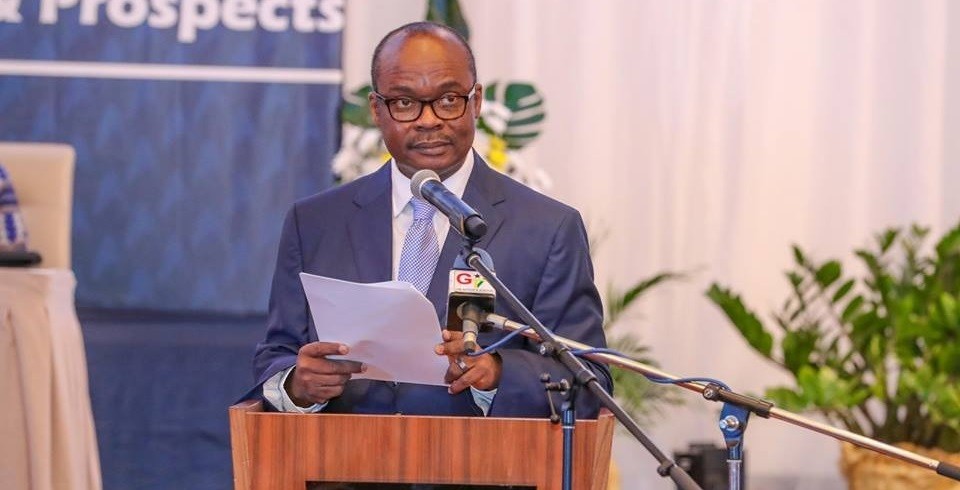 Speaking at the Monetary Policy Committee (MPOC) press conference in Accra on Monday, March 21, he said “On the domestic front, the rebound in economic activity continued, as reflected in some improvements in the Bank’s updated Composite Index of Economic Activity (CIEA), although at a slower pace than in 2021. The index recorded an annual growth of 4.2 percent in January 2022 compared to 13.9 and 3.4 percent in the corresponding periods of 2021 and 2020.

The key drivers of the index during the period were industrial production, exports, credit to the private sector and air passenger arrivals. Consumption of goods and services, and construction activity, however, slowed down, acting as a drag on the index.

“Businesses, in addition to these factors, were also concerned about the impact of these on macroeconomic conditions and on their short-term targets and profitability for 2022. These survey findings were broadly in line with observed trends in the February 2022 Ghana Purchasing Managers Index (PMI). The Ghana PMI, which is a measure of the rate of inventory accumulation by managers of private sector companies, declined below the 50.0 benchmark on the back of weak output and purchasing activity amidst rising inflation.

“Notwithstanding the sustained growth momentum, rising food prices, upward adjustments in petroleum prices and its effect on transport fares, and exchange rate depreciation pass-through have pushed up inflation to 15.7 percent at the end of February 2022, 5.7 percentage points outside the medium-term target band. Food inflation jumped sharply from 12.8 percent in December 2021 to 17.4 percent
in February 2022, while non-food inflation jumped from 12.5 percent to 14.5 percent over the same period.

Growth in total liquidity moderated significantly in February 2022, mainly driven by contraction in the Net Foreign Assets of the banking sector, relative to an expansion in the Net Domestic Assets. Annual growth in broad money supply (M2+) moderated to 17.7 percent in February 2022 compared with 29.1 percent in the corresponding period of 2021. This was reflected in slower growth in currency outside banks and total deposits. Similarly, annual growth in reserve money declined considerably to 21.9 percent from a growth of 34.8 percent, over the same comparative period.

The latest credit conditions survey revealed tightened credit stance on loans to enterprises. However, demand for credit by households and small and medium sized enterprises are projected to increase in the near to medium-term.”

Gov’t to cut salaries of appointees up to 30%