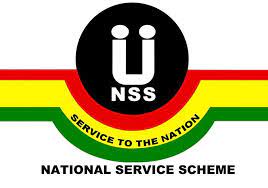 According to the Director for Corporate Affairs at the NSS, Armstrong Esaah, personnel have been paid up to December, 2021.

He denied the claims on Sunday.

Over the last couple of days, scores of National Service personnel have taken to social media to lament the delay in the disbursement of their monthly allowance.

In a series of tweets and comments monitored, the personnel said the delay in the payment of their allowance has made life difficult for them; especially in the wake of the recent economic hardship.

Mr. Esaah nonetheless, acknowledged the concerns of the NSS personnel.

“We do accept the concerns and the plights of the National Service personnel regarding the delay in the payment of their allowance, but it must be established that we owe them for the month of January and February,” he emphasised.

He further assured that the January allowance will be paid by Wednesday.

Meanwhile, the General Secretary of the National Union of Ghana Students (NUGS), Julius Kwame Anthony, said Mr. Esaah’s contention that personnel have been paid their December allowance “is not factual.”

“You can verify from several service personnel. They have not received their pay for December, January and February,” Julius stressed.

The economy will bounce back sooner than later – Akufo-Addo assures