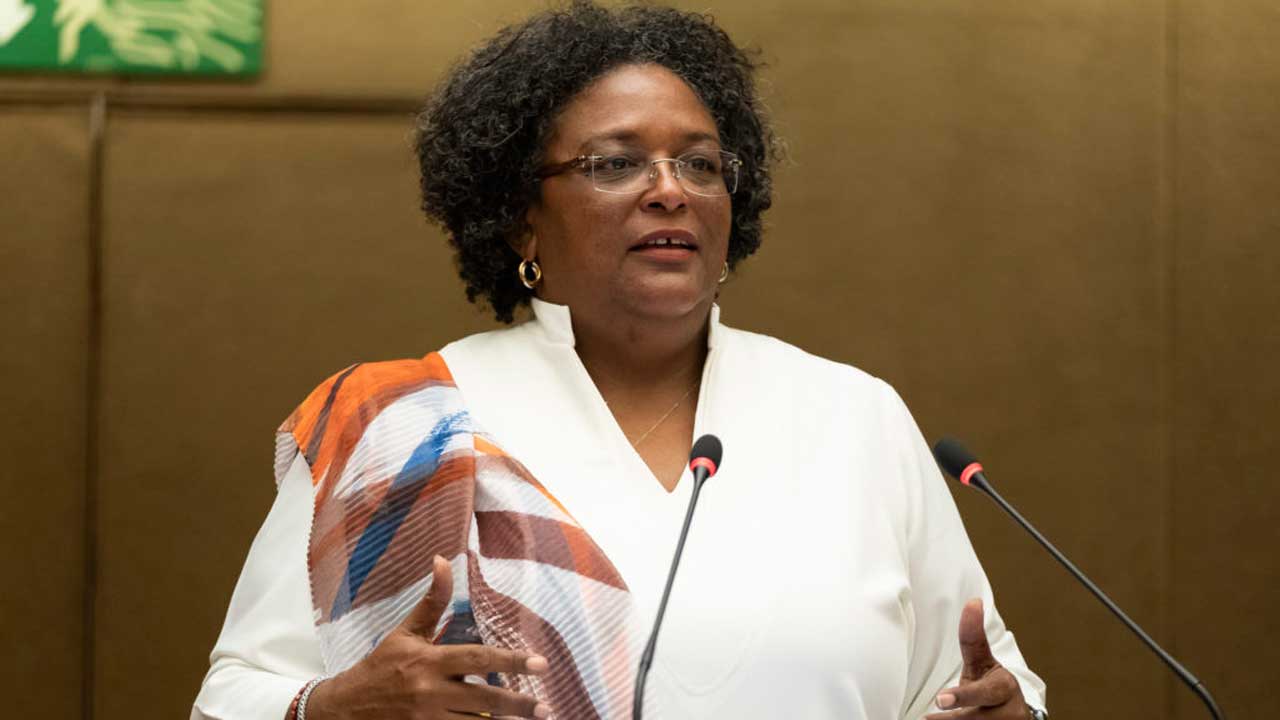 The prime minister of Barbados, Mia Mottley has said the world must accept Africa to be part of the global leadership for fairness sake.

She said the G20 must be made to become the G21 with the inclusion of the African Union (AU).

The G20 or Group of Twenty is an intergovernmental forum comprising 19 countries and the European Union.

It works to address major issues related to the global economy, such as international financial stability, climate change mitigation, and sustainable development.

Speaking as the special guest of honour at the 65 independence day celebration in Cape Coast, Mottley said… it is for that reason Mr President that when we look at the global architecture and the lack of fairness in the structure of it, we too echo your own call and that of others that the African Union should be given a chance to become part of the global leadership if it is morally accepted by us all; the G20 cannot remain 20.

She also used the occasion to extol Ghana’s democratic credential.

Mottley said Ghana led the way by attaining independence from the British colonial masters in 1957 and called for the protection of the principles of democracy as enshrined in the constitution.