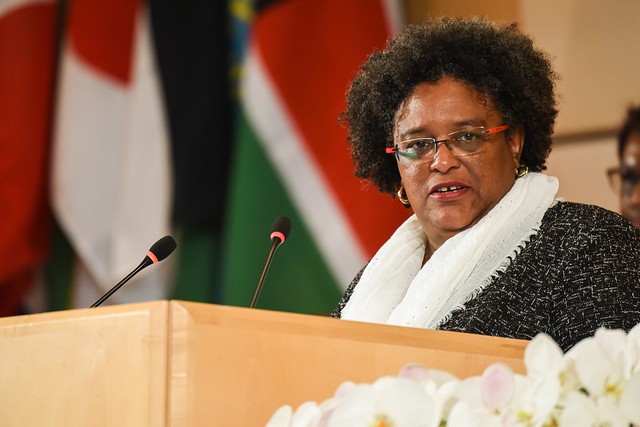 The Prime Minister of Barbados, Mia Amor Mottley has called on Ghanaians to eschew the idea that there may be first-class and second-class global citizens.

According to her, there cannot be the so-called first-class and second-class citizens in the global community despite the inequalities and inequities that pose a challenge to developing countries and their citizens.

She mentioned that it is up to Ghanaians to stand tall and proud despite these challenges and assert their rightful place in the global community as the country marks 65 years of Independence from British colonial rule.

“And yes my friends, and yes the young people of Ghana, in particular, I’m mindful that for you this may seem a journey that is long, long past from where it started 65 years ago. But be assured that that anchor 65 years ago is what allows us now to stand tall and proud, even as we see the ugly face rearing itself again like racism and imperialism across our world.

PM Mottley noted that to reject fully the notion of first-class and second-class citizens in the global community, developing states should “work together in solidarity to fight the battles of our time.”