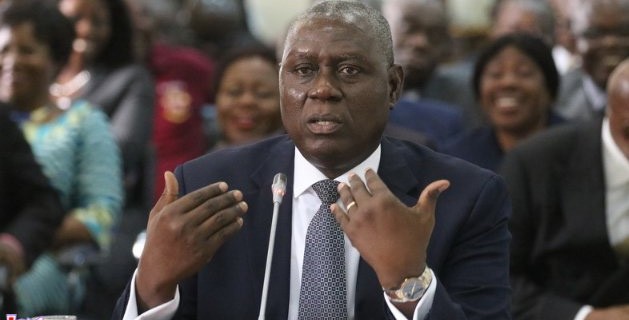 The Chief Justice, Kwasi Anin-Yeboah, has commenced investigation into the shooting incident which occurred on 23rd February 2022, at the High Court, Criminal Division, Court ‘5’, Law Court Complex in Accra.

A Prison Warden on duty discharged his weapon and injured his foot. Security personnel present rushed him to the Judicial Service clinic of the Law Court Complex for treatment.

The officer whose name is not immediately known was part of the team of prison officers who brought the four persons standing trial for unlawful kidnapping of Canadian ladies.

“This is the first time such an incident has occurred within the courts thus likely to cause fear and panic.

“However, the general public is informed that thorough investigations are underway while security measures are being put in place to avoid recurrence,” Judicial Secretary, Cynthia Pamela A. Addo assured in a statement.

Management of the Judicial Service, therefore, wishes to assure all stakeholders and the general public of their safety in and around the Courts.

Ghanaian students in Ukraine scared; pleads to gov’t for evacuation