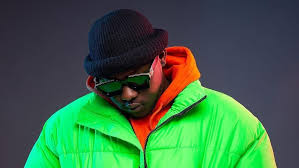 Rapper Medikal, has changed his plea to guilty in a case which he has been charged for brandishing guns on social media.

He earlier pleaded not guilty to the charges of brandishing guns.

But in court on Monday, February 21, he changed the plea.

He has accordingly, been sentenced to 300 penalty units, i.e, GHS 3,600 or to serve a nine-month prison jail term in default of the payment

He was charged with the offense of displaying arms and ammunition